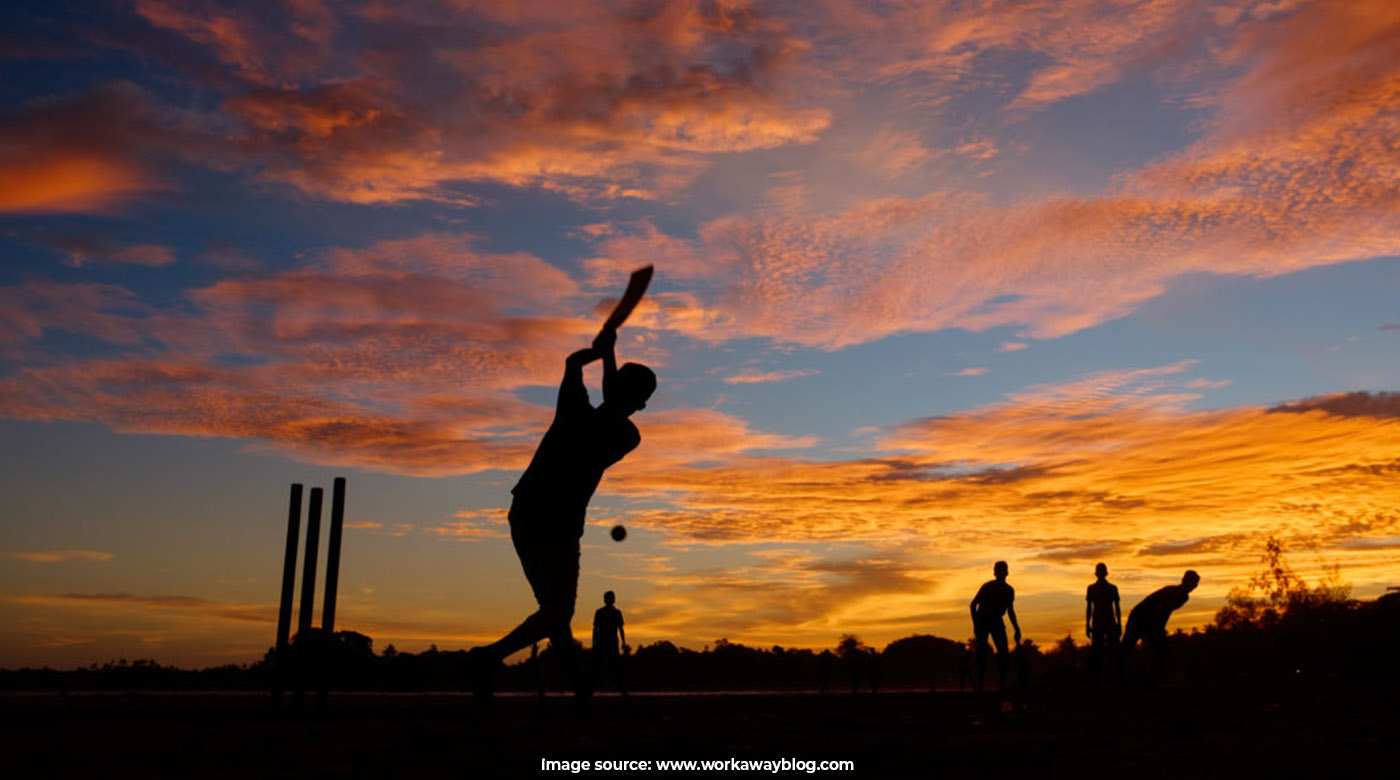 The wicket is a piece of an old desk. The other half is far better to be thrown away without being used as a bat. The keeper has to make sure he doesn’t touch the stumps when stumping because of the nails hanging out. The height of the bat is barely enough, the batsmen has to bend low down to make sure the ball doesn’t sneak under it. White uniforms have become brownish and wait…, were those shoes black when we started? Who on earth would let a free period go off without a cricket match at school?

“The teacher is absent lads…time to hit the grounds”…we rush off and before long, end up looking like that. Quoting Martin Luther King Jr’s quote inverse; It is almost always the creative dedicated majority is being chased off the grounds by the usual “Pina enawa”. If you think it stops there, boy you are mistaken!!! It only takes a different shape. The desk replaced by a garbage bin in the evening and “Pina” replaced by “Allapu gedara aunty” when we break her window, cursing all the by passers when they walk right on the pitch, which is clearly an offence by ICC’s code of conduct, and of course they didn’t give a damn about…it goes on and on. 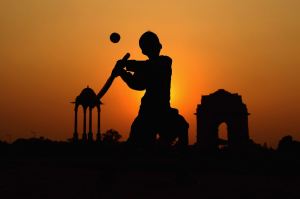 We were born with cricket. I remember smashing our home door’s woodwork with a newly bought hardball. I remember bribing the neighbor boys, who were far older than me, to play one delivery in which they will get me out one way or the other, but then again, that was totally worth it. I remember all tha “gas kach” and “eha waththa” out rules which made us so good at hitting down the ground. I remember, in my first practice session as an 8 year old, vowing to myself that I’d be the next Sanath Jayasuriya, whose position Kusal Perera has acquired now. Even though all our careers as dream cricketers didn’t work out as we dreamt, we grew up so badly tied together, just like Brazilians with football, we find it hard to break that bond even after so many years.

Cricket is far more than just a sport for Sri Lankans. As Shehan Karunatilaka mentioned in the Observer; “Today, Colombo is lined with King Kong-sized billboards of the team’s heroes Mahela, Sanga, Murali and Dilshan. Our crowds are the noisiest. We demand victory because we think we deserve it. Why? Because if nothing else, it’ll convince us that postwar Sri Lanka can deliver on the greatness that the politicians have promised us. It’ll help us believe that the unorthodox may inherit the earth. It’ll show us that our tiny nation is capable of getting behind a single cause without bickering. And that the dark days of the 1980s need never be revisited !!!”. Cricket has given the nation that one big opportunity to dominate the world. We thrashed the people who thrashed us for centuries, ironically with a world record of the lowest team total in T20 history. We stand up neck and neck with all the giants around and earn the respect.

True that, we started off as underdogs. Cricket powerhouses by that time didn’t let us play a test match with them because we were simply “NOT QULIFIED ENOUGH”. That was before the fairytale win in 1996, where the world realized, that the tiny nation has some serious talent. Arjuna, Aravinda, Sana, Murali and co masterfully architected the giant leap of Sri Lankan cricket. It is that legacy, we are carrying forward. Who would have thought, the LTTE look alike bent-arm guy, will be THE best ever spinner to set foot on a cricket ground? Who would have thought, the bold headed “shorty” and the pigmy, will take the bowlers to the cleaners in the first 15 overs to redefine a new era of cricket?

If someone ever took that legacy forward, it always was meant to be Mahela and Sanga, who steered the side to four world cup finals in the span of 5 years. Be it bad luck or we were outplayed, that is not our thing to decide. But, what we do know is that you have done it for the fifth time. Two of the modern cricket greats bid farewell to the T20 format after the final at Dhaka versus the familiar foes. Quoting a icc-cricket article published as a tribute to the duo in the match day morning; “If they were a law firm, or chartered accountants, they would be called Jayawardena, Sangakkara & Associates. But, because it is merely a cricket team, it’s called Sri Lanka. To say this is not to disrespect the other members who walk alongside Mahela Jayawardena and Kumar Sangakkara, but rather uplift a duo to their rightful place in Sri Lanka’s cricket pantheon.”. True, Sri Lanka will find people to replace your talents. But, the “bromance” you guys had on and off the field will be hard to replicate.

Sammy said the god almighty wanted these two to leave on a high. Let alone that, the god almighty surely didn’t want to see cricket’s most elegant craftsman leave the final T20 without facing a ball. You have done a lot more than winning a world cup for us gentlemen. If you do so, it will be your complimentary gift. But, be sure to see us gather around a large TV set with some snacks to live the whole 3 hours with you. Not because cricket is our whole life, but a significant part of it. We are the kind who’s ecstatic in a win and a warm hug follows after losing. Cricket has given us something to look forward to. It is one of the things that after so many years of dark time and conflicts, allow us to say, “I am Tamil, I’m Sinhalese, I’m Muslim and Burgher. I’m a Buddhist, I’m a Hindu, a follower of Islam and Christianity. But above all, today and always I will be, proudly, Sri Lankan.”. 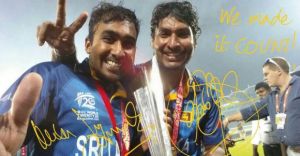